Incubator and support network for locally rooted civic youth initiatives and individuals from small- and medium-sized cities in Romania.


Our NGO partners will help us in identifying and consolidating civic initiatives on a local level and in mentoring young individuals and teams in their regions on creating local long-lasting impact.

The goal is to equip high-schools students with the necessary actionable skills and tools to become active agents of positive change in the local community in their respective 14 small- and medium-sized cities in Romania.
We aim to further develop the framework for an incubator for locally rooted civic youth and high-school student initiatives and individuals.
We will provide them with mentoring, tools and skills to implement local sustainable initiatives for positive and long-lasting change.

Small- & medium-sized cities in Romania, that are not regional university centres.

As previously mentioned, we aim to support and empower young people from small- and medium-sized cities and to equip them with the mindset and tools needed to be an active part in tackling down the local challenges the face in their local communities.

The Romanian educational ecosystem and societal frameworks do not encourage young people to become active citizens and do not equip them with the necessary actionable skills and tools to understand that they are responsible not only for their own actions (or lack of them), but also for the young community they are a part of and for the local community in their respective cities and suburbs.

Target group: high-schools students from 14 small- and medium-sized cities.
- 5+ students / city (70+ total) who will benefit from all project’s educational & support activities, on their road to becoming youth workers and active local voices in their schools and communities,
- 30+ locals / city (420+ total) taking part in collaborative community engagement events that will foster freedom of expression and diversity of opinions and ideas exchange, in order to identify local needs and challenges that will become the purpose of 14+ future projects implemented by them local teams,
- 50+ participants / city (700+ total) in local projects.

Every project phase will be co-created by the local youth teams and all local participants, throughout the school year:
1. Open local calls for high-school students who want to be actively involved during the entire project’s period
2. Online and offline intensive training program for the local teams on topics such as project management and community engagement
3. Community engagement events in each city (14 total collaborative workshops and world cafés)
4. Grant-making - gathering of local resources for future projects, while building public-private-civil partnerships
5. Local projects in each city (14 total) based on ideas supported by the community
6. Follow-up phase, dissemination of results and gathering of local teams for project closure and future steps for the next school year.

The project will result in 70+ locally engaged students and 1120+ participants in 14 community engagement events and 14 local implemented projects.
Local young individuals and teams involved will gather enough knowledge and skills through this project and will feel empowered, so that they are both motivated and able to get actively involved in their local communities. We aim for the participants and all local stakeholders involved to become aware of their community's problems, to give them an impetus to actively work on them and solve them. The impact on young people will consist in the transformation of their needs and wishes into actions taken to develop functional civic spaces and to be more active citizens, to become actors of positive change in their own schools and communities.

In our youth work experience, most high-school students from small- and medium-sized cities have stated that they feel underestimated as young adults, they don’t feel their actions can have an impact nor are they supported in turning their ideas to life or having a say in their schools or communities.

The entire project is based on collaborative actions in the local community, by this strengthening social cohesion: community engagement events in the form of world cafés that support diversity of ideas and promote openly expressing different view point; implementation of project ideas that are proposed and backed-up by the local community’s needs and wishes; encouragement and active support for civic engagement among young people.

Gutenberg team: 12+ years of doing youth work and organising projects by and for young people on a local, national and international level, we, as an organisation, have become more aware of the importance of civic education in empowering young people in becoming active Romanian and European citizens.
Especially in smaller cities, through the education given by parents and teachers to children and young adults and through awful bad examples and lack of leadership icons (both in politics and in the local communities), we have grown to believe that civic responsibility is a despicable act and not our duty. Therefore, through our idea, we want to continue to promote voluntary work and community involvement for future generations, we want to upscale our initiative.

Always looking forward to ideas exchange, to positive & negative feedback and to learning from diverse experiences of other youth and civic organisations, regarding best practices in the field of youth empowerment and civic engagement and also new community engagement methods and tools.

"Gutenberg Network Incubator for Youth Initiatives" project is making steady progress, which is mainly measured by the number of students who are recruited in the Gutenberg initiative groups, but also by the project activities they are involved in.

Since October, the implementation process of the project has started, and the first step consisted of activities to promote the project online. Thus, information and promotion campaigns were carried out to inform the target group about the project.

Also in October, the recruitment process of both students in the existing initiative groups and new teams of students willing to get involved in the project has begun. Therefore, by November, no less than 19 initiative groups have been formed as part of the Gutenberg Student Network. The recruitment process for the National Gutenberg Network remained open until the end of the year, in order to give as many student teams as possible the opportunity to take part in the project. 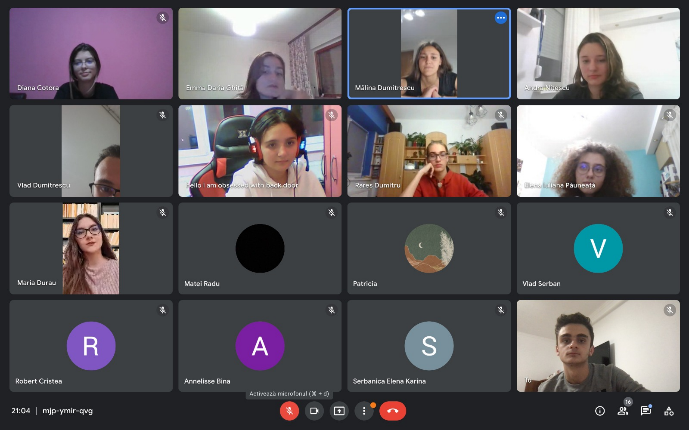 With the aim of reaching our goal, the next step was to organise the first information session for the 19 local communities to get to know each other better - the meetings took place, online, on platforms such as Zoom and Google Meet. 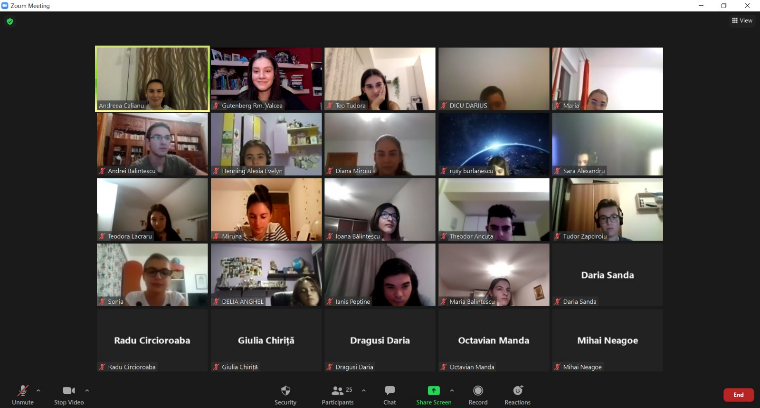 Following the establishment of the local Gutenberg teams and the information session, more than half of the Gutenberg teams of students have already started their actual work in November, organising both internal activities - teambuildings and trainings - and activities with external impact - projects such as film evenings, recycling actions, educational activities for children (German language learning). 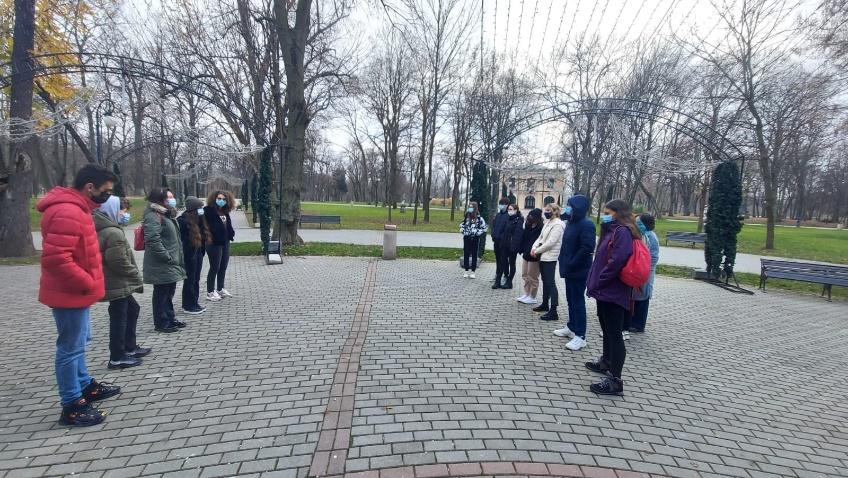 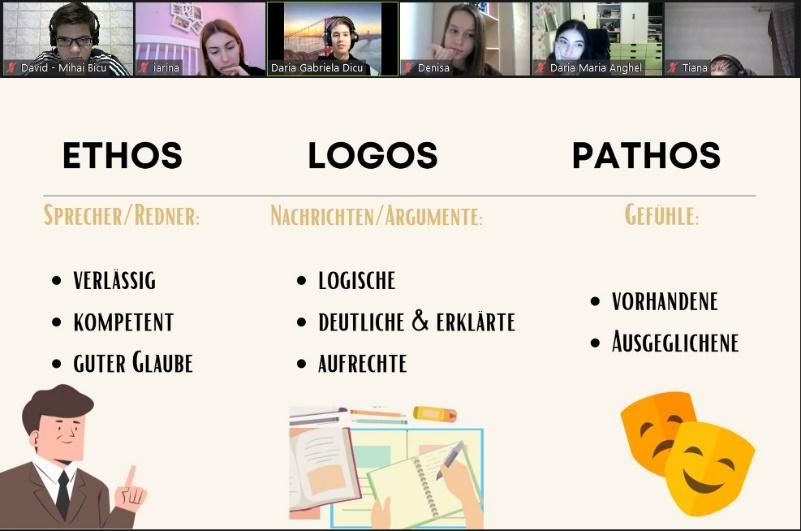 December brought students from the 19 Gutenberg initiative groups both the opportunity to further interact in various projects and activities and to take part in Wintercamp, the Gutenberg-branded project that made it possible to facilitate students with workshops on political education and civil society. 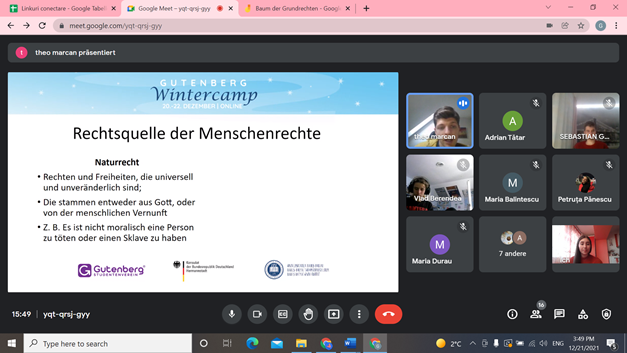 In the following period of time, the students coordinators of the Gutenberg Network initiative groups benefited from a complex training focused on the theme of Leadership and involvement in civil society from 14-16 January. Within the training programme, 4 trainers and more than 20 students in the position of team coordinators participated and got actively involved.

The Leadership Training organised by the project team for the initiative groups in the 19 cities gave the students the opportunity to learn, in a practical and non-formal environment, innovative ways to manage their teams more effectively and in line with key values such as morality, equality, fairness, solidarity. 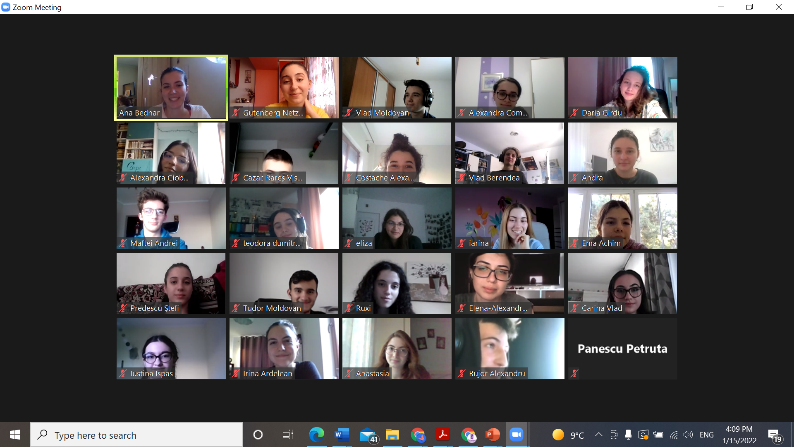 During the Leadership Training participants worked both with the trainer and in breakout rooms, simulating the position of a leader and identifying their role and duties both in a team and in the society. In this way, students were able to gain a better understanding of the concept of involvement in civil society, arguing the need for such a contribution from their generation.  After the end of the training programme, the participants were involved in a networking session, designed to activate and engage them in "get to know each other" games and discussions on current issues. 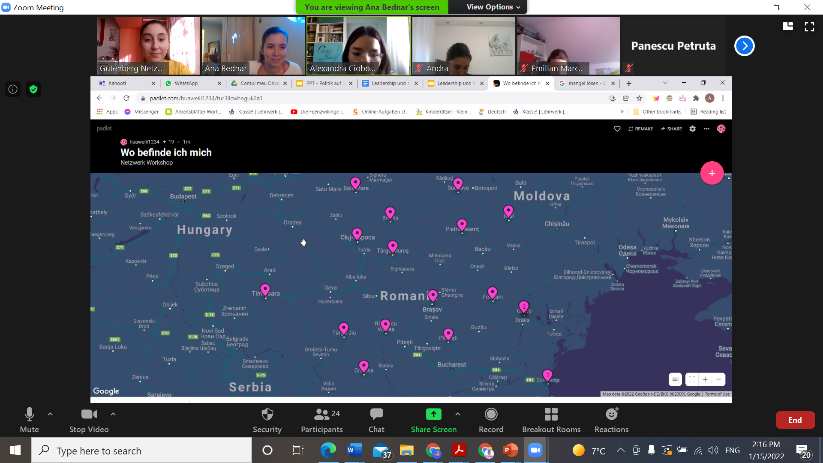 Next, in february young people from the Gutenberg initiative groups benefited from a comprehensive training programme on project management. Through this programme, the students gained more in-depth knowledge about the process of organizing a project and were able to put it into practice through applied exercises in groups. These trainings also served as an information base for the preparation of larger projects that the initiative groups will implement in May and June.

The month of March brought communities in the 17 cities where Gutenberg initiative groups are active an extra boost of change with the success of the "Orașul tău, decizia ta!" event. These Community Events were designed to bring together people from local communities in a pleasant, relaxed, and friendly space with the aim of collecting the needs of each town.

As a result, participants: pupils, students, and teachers, were able to identify, in dynamic and interactive activities, both the main needs of cities and diverse and realistic solutions to solve them!

The Gutenberg initiative groups in the 17 cities have built, through these events, a solid basis for future projects they will organize in the coming months, projects aimed at improving problematic issues in their cities.

The teams of students together with the participants not only succeeded in collecting the needs of the communities, but also in stimulating the critical thinking of the participants, the spirit of leadership during the activity and the active spirit of citizens involved in civil society and its problems.

Are you sure you want to delete Our journey?